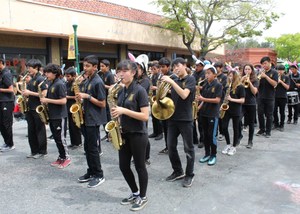 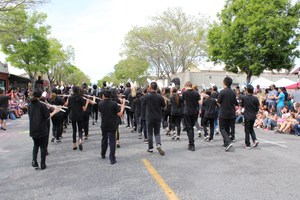 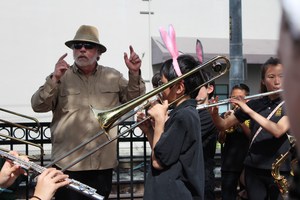 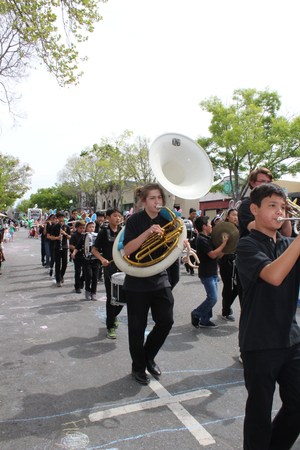 Led by music teacher Greg Bergantz, Moreland Middle School’s band and orchestra ensembles performed in front of a public audience while being adjudicated and scored by three performance judges and a sight reading judge.

The following day, five Moreland Middle School students performed at the CMEA Bay Section Solo and Ensemble Festival at San Jose State University.  Each student performed a solo that was adjudicated by a local music professional. Seventh grader Siddharth Banerjee and eighth graders Chase Bautista and Justine Rocha all earned Excellent Ratings.  Eighth graders Miyuki Konishi earned a Superior rating and Aniket Mahajan earned the rating of Command Performance, which qualifies him to perform at the California State Solo and Ensemble Festival on May 5 in Sacramento.

The Moreland Middle School Band was also only one of two marching bands featured in the 20th Annual Downtown Campbell Bunnies and Bonnets Parade.  MMS combined their Percussion and all three bands and marched 116 sixth - eighth grade students to the music of James Bond.

The mission of the California Music Educators Association is to promote the advancement of music education and to assist its members in seeking individual and collective growth as musicians, educators, and conductors.

Moreland School District is proud to be home to budding and thriving student musicians.  With the leadership of Music in Moreland (MiM), a subcommittee of the Moreland Education Foundation (MEF), parents and community members dedicate their time to sustaining Moreland’s award-winning music program.   For more information on Music in Moreland, visit www.mefhome.org/music-in-moreland/

Join us for an upcoming music performance happening this spring: