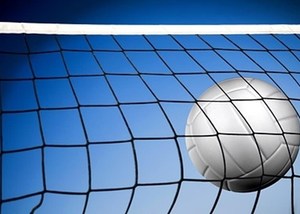 
The Junior Varsity team, coached by fifth grade teacher Mei Li Cline, was made up of five seventh graders and two sixth graders.  Coach Cline said, “The Husky JV Volleyball team supported each other throughout the season and worked to improve communications and their level of play with every match.”  The team won Redwood Middle School for the victory.


The Varsity team, coached by Reading Specialist (RSP) Teacher John Lozano, was made up of six eighth graders and three seventh graders.  Coach Lozano said, “The Varsity team’s success was a great example of cooperation, discipline, and a commitment to playing our best every day.”  The team won Monroe Middle School for the Championship.


The after-school sports program is an integral part of Moreland’s whole body, well-rounded education. Thanks to the support of Sports in Moreland (SiM), a branch of the Moreland Education Foundation (MEF), Moreland students are able to build confidence, character and school pride through after-school athletics. For more information on SiM, visit: https://www.mefhome.org/sports-in-moreland