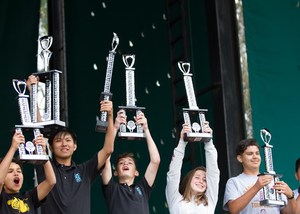 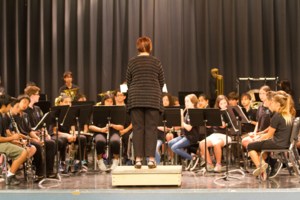 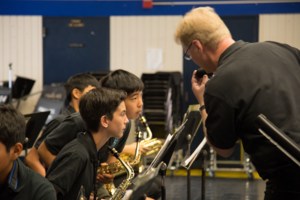 Easterbrook Discovery Middle School (EDMS) Band, Orchestra, and Jazz Band each placed first in their categories at the Music in the Parks Festival on Saturday, April 22, 2017.

San Jose, April 25, 2017:  Music in Moreland (MiM), along with the Moreland School District, are thrilled to announce that the Easterbrook Discovery Middle School (EDMS) Band, Orchestra, and Jazz Band each placed first in their categories at the Music in the Parks Festival on Saturday, April 22, 2017.

After competing against several middle school bands throughout the region at Milpitas High School,  host of the festival, the EDMS students, led by Music Teachers Rebecca Ayer and Nils Johnson, received their ratings at an awards ceremony held at California’s Great America.

The results were as follows:

-   EDMS Symphonic Strings: 1st Place with a Unanimous Superior Rating & Overall Award for the middle school string orchestra with the highest score of the day.

In addition, Tenor Saxophone player, 6th grade student Felipe Feldman, was singled out as the best middle school jazz soloist of the day.

Music in the Parks hosts a series of weekend festivals that bring together school groups from around the Bay Area at a grand performance, followed by an award ceremony.  Easterbrook Discovery Middle School’s bands competed against 20 separate ensembles from 9 different middle schools from both around the area and out of state.

Moreland School District is proud to be home to budding and thriving student musicians.  With the leadership of Music in Moreland (MiM), a subcommittee of the Moreland Education Foundation (MEF), parents and community members dedicate their time to sustaining Moreland’s award-winning music program.  For more information on Music in Moreland, visit www.mefhome.org/music-in-moreland/