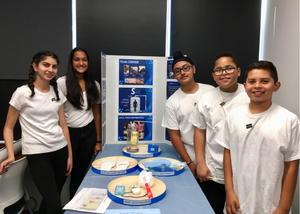 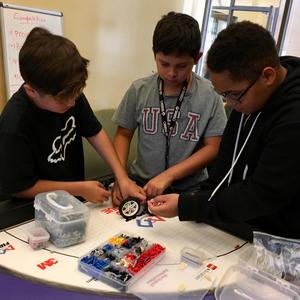 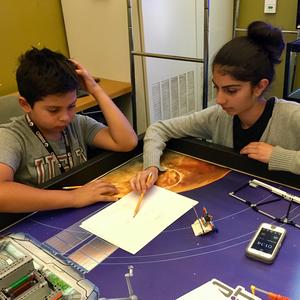 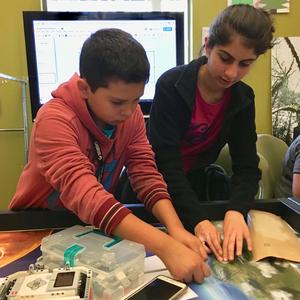 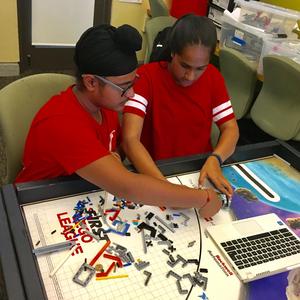 Middle school teams across the Bay Area addressed the problem statement under the theme, Into Orbit: Identify a problem during space exploration.  Team CENTER, made up of 7th grader Jeshua P. and 8th graders Arshvir M. and Jaye R., decided to address the issue of unfulfilling showers in space.  After research across multiple resources, including meetings with natural health experts and a field trip to NASA in Mountain View, the team created an innovative shower design that provides astronauts with a smart shower, including a velcro floor and shoes, recycled water and biodegradable bath accessories.  After 10 weeks of collaboration and research, first-time competing Team CENTER showed exceptional results at the First LEGO Robotics qualifier tournament held at Google on November 3, 2018. Competing against 16 teams, Team CENTER placed 1st in the Project Category, 7th in the Robotics mission category, and was chosen as one of five teams to advance to the Northern California Peninsula District Championship.