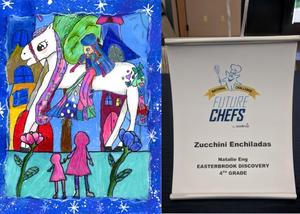 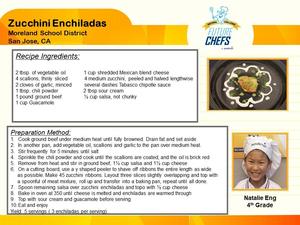 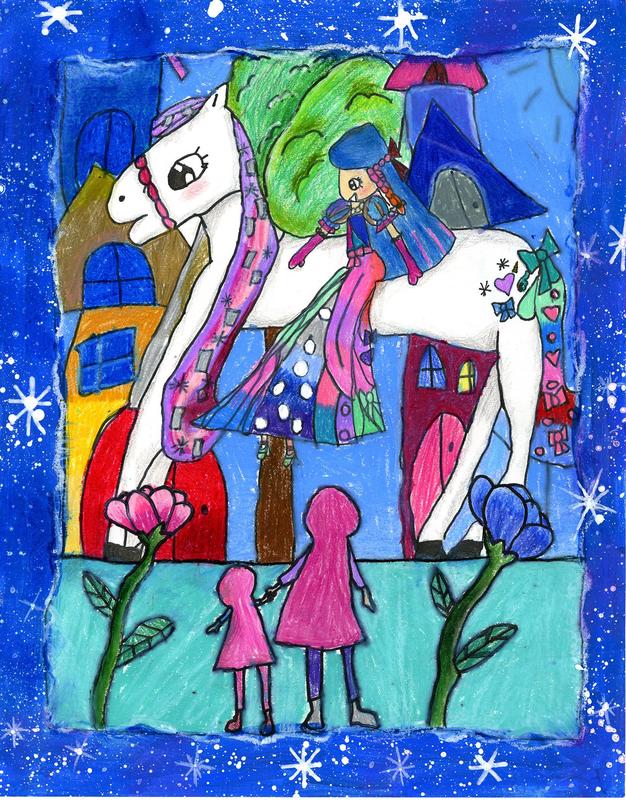 San Jose, April 19, 2019:  Moreland School District announced that two Easterbrook Discovery School (EDS) students have won a Santa Clara County Office of Education art contest, and the 2019 Sodexo Future Chef Regional Competition.  EDS First grader, Steffi Yang, has been chosen as one of only two first graders in Santa Clara County to showcase their art at the 2019 Young Artist Showcase at the Santa Clara County Office of Education and EDS fourth grader, Natalie Eng, has been named one of four Regional Future Chefs in California who will advance to the semi-finals, in hopes of being named the National Future Chef.


Chosen from more than 100 public and charter school students from 20 school districts within Santa Clara County, the 2019 Young Artist Showcase theme, “Your Art, Your Story,” encouraged participants to use art to tell their story.  EDS first grader, Steffi, submitted her art that she titled, “The Dream of Riding” through an after-school art program, Yumei's Center for Artistic Inspiration, and was selected to be part of the largest adjudicated student artwork in California.  The Young Artist Showcase Gallery will be open to the public during Santa Clara County Office of Education business hours after its unveiling at the Young Artist Showcase Celebration in May.


Fourth grade Moreland Future Chef winner, Natalie Eng, claimed the District Future Chef title after competing against finalists from each elementary school and winning this year’s “Fiesta Fit” challenge with her recipe of Zucchini Enchiladas.   Her tasty recipe has advanced her to a Top 40 national spot, in which five semi-finalists will be chosen to compete in the National competition. Natalie competed with 256 school districts throughout 31 participating states for this selection.


Moreland has had several students represent the Moreland School District as Regional Winners, including past Future Chef winners, Caden Thompson from Latimer School, Elle Seguin from Payne Elementary School, and Olivia Hand, also from Payne Elementary School.  Future Chef is a national cooking competition sponsored by Sodexo Food Services that begins at the school district level. Winners have the opportunity to advance to Regional and National levels, competing with students from all over the country. Previous Future Chef competitions have focused on “Healthy After-School Snacks”, “Healthy Breakfast Challenge”, and “Asian Fusion” recipes.