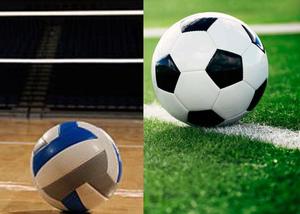 Moreland’s three middle schools all had teams advance and compete at the championship level this week for girls volleyball and/or boys soccer.

San Jose, April 5, 2019: Moreland School District announced that Moreland’s three middle schools all had teams advance and compete at the championship level this week for girls volleyball and/or boys soccer.  For girls volleyball:


Moreland wishes to congratulate all the players, coaches, and teams who have participated this year. Athletics are an integral part of Moreland’s whole body, well-rounded education. For more information on Sports in Moreland (SiM), the Moreland Education Foundation (MEF) committee that helps support the after-school sports program in the Moreland School District, visit www.mefhome.org/sports-in-moreland/.